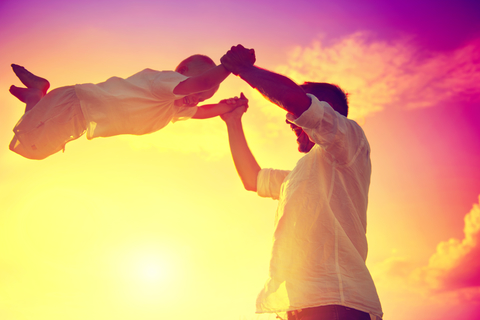 In the days before Mother’s Day this year, many of our favorite parenting sites shared articles about a school in Canada who cancelled Mother’s and Father’s day, “In an effort to celebrate diversity, inclusivity and also nurture our students who are part of non-traditional families” (Albert McMahon Elementary School’s letter to parents). It seemed everyone had an opinion about this controversial decision, and many online commenters pitted non-traditional families against traditional mom and dad families.

Since I’m a single mother by choice, my son has no father, only an anonymous sperm donor, and I don’t think Hallmark has invented a card for that yet. Due to this, my son may someday be a little sad or jealous of his peers who have two parents, especially of his male counterparts with a dad in the picture. So you might think I’d be in favor of such a ban. You’d be wrong. It’s not that I want my child or any child to suffer or be sad, but eliminating, ignoring, or erasing differences is not celebrating diversity or inclusivity.

I absolutely want my child’s school to someday understand the struggle he may have surrounding Father’s Day, but I want them to do that by acknowledging and teaching about all types of families—because that’s what celebrating diversity looks like. Eliminating all mention of Father’s Day for all the kids with dads and saying it’s for the sake of my child will only serve to stigmatize him and other children from non-traditional families. This is as far from “nurturing” as it gets. To that I say, no thanks.

Instead schools need to know the families they work with and be in communication with them about such events. Ask parents in non-traditional families for suggestions of books teachers can read that include, explain, or celebrate differences. Provide alternative activities to the traditional card making, such as writing about what makes each child’s family unique or just writing a card to any special adult in their lives. And probably most importantly, schools should reach out to parents of children who may be struggling to see what resources the school and community can offer. Most districts have guidance counselors, psychologists, and/or mentor programs available. If a child is struggling with being from a non-traditional family, the last thing we should do is ignore all discussion of families, making him feel it’s not something he should be talking about, leaving him to suffer in silence.

Now, obviously there are extremes. After the initial letter to parents in that school in Canada came out and caused such an uproar, Mission Public School District Superintendent Angus Wilson added that a student suffered a “recent trauma,” and that was one of the reasons for cancelling traditional celebrations of Mother’s and Father’s Day. If a school decides to take a year off from mentioning or celebrating these holidays while a member of its community is dealing with some fresh tragedy, that’s completely understandable. Perhaps next time, though, they could be more open about their real and reasonable motivation (while still protecting the privacy of the family involved, of course), instead of trying to please people by throwing around catchphrases like “celebrating diversity,” when that’s not at all what was being done.

Similarly, as a teacher I understand that there often isn’t time to cover most states’ mandated curriculums, never mind to add separate lessons on every holiday, religion, family structure, etc. So if a school decides to focus entirely on academics and can’t or won’t incorporate lessons on diversity into their units, so be it, but call it what is: choosing content over character education.

Celebrating diversity means taking the time to acknowledge differences and then to show they are valued by highlighting what makes them special, not by ignoring they exist. And nurturing students of one family structure, race, or religion shouldn’t come at the expense of others. Let’s find the time and the means to educate and celebrate what makes us us.

And hey, if a few years down the road my little guy wants to make me, my dad, my brother or all three of us a card on Father’s Day, we’re not about to turn it down!

For anyone looking for good books about different types of families, this is my favorite so far. (And I’d love other recommendations!) 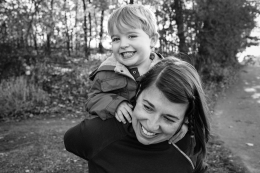